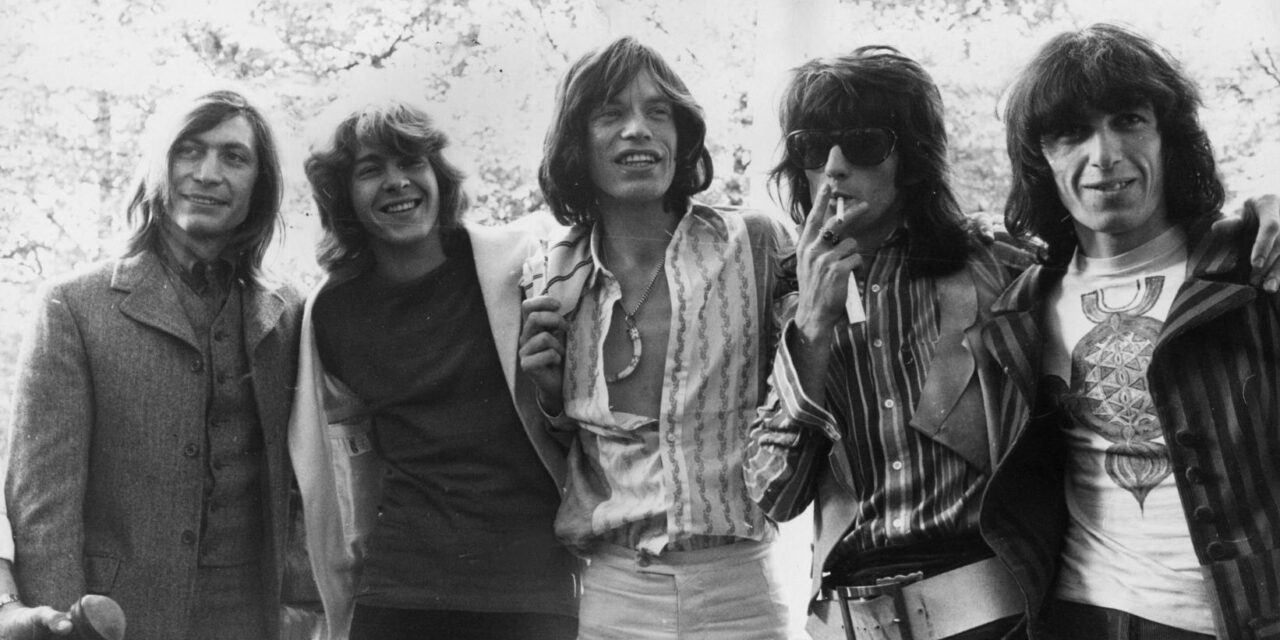 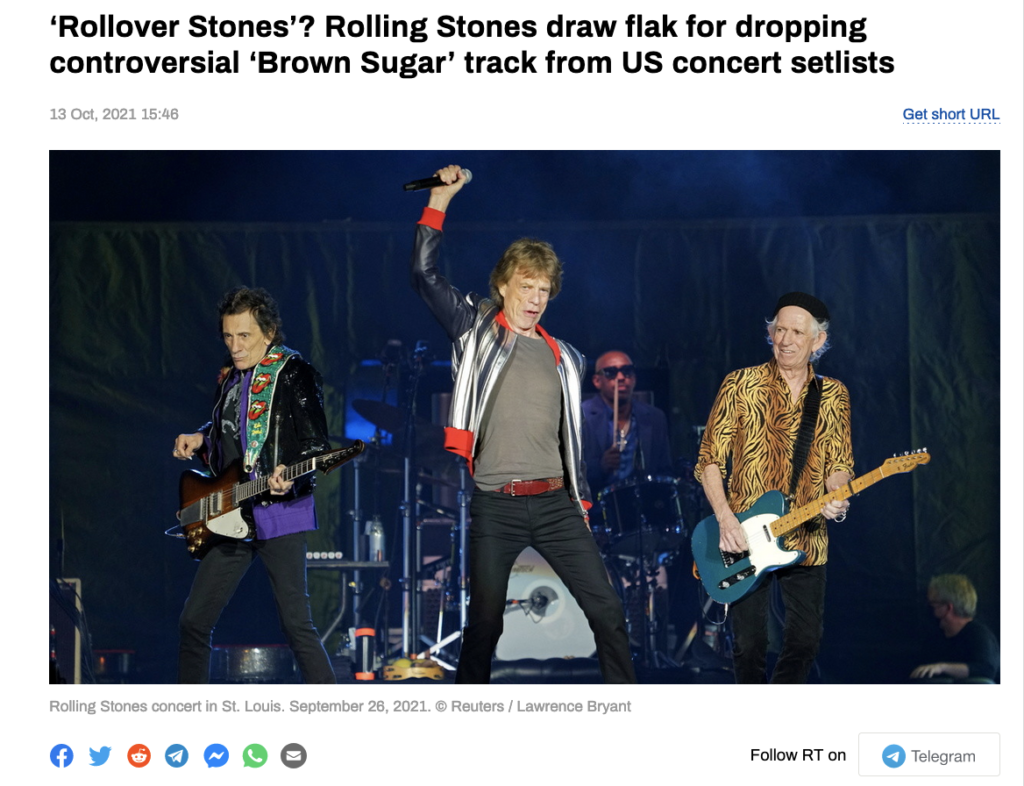 It would be hard to debate that since March of 2020 the world has experienced a revival of passionate “believers” in the religion of Corporate Statism.

Citizens who cling to the corporate narratives like Christians cling to biblical scripture.

Some among us simply find comfort in being a “citizen.”

One the one of the biggest casualties of this cult-like worship of, and obedience to The Corporate State has been the death of counter-culture. Especially in the creative space.

Up until recently, true creatives pushed the boundaries of everything considered “art.” Music, film, comedy, etc. Creativity is renegade by its very nature.

Who wants art that complies and plays by any set of rules?

Compliance has become the new creative. Individuality is now socially shamed. Up is now down. Left is now right. It’s clown world.

And now, obviously to avoid social shame and cancellation shrapnel…The Rolling Stones are no longer including “Brown Sugar” (a set staple since 1970) in their live shows.

The Stones have decided to “take the song out for now after concerns about lyrical references to the slave trade, rape and black women.”

For well over 40 years, that song has been performed and enjoyed. There do not appear to be any documented instances where that song in particular caused actual harm to another human being. And when did “controversial” lyrics EVER be something that songwriters feared, avoided and dropped from their live performances?

It must be remembered that inside the doctrine of the Corporate religion exist the fictitious rights to not be offended, inconvenienced or made uncomfortable in any way.

Below are the actual lyrics to “Brown Sugar.”

Read them word for word. Understand them in context. They were written in 1969 by a British rock band.

If you find offense in these lyrics to the extent that you agree with the Stones decision to remove it from their set… perhaps you may need to confront the reality that your skin is too thin for you to handle exposure to creativity.

And you’re DEFINITELY NOT rock-n-roll. 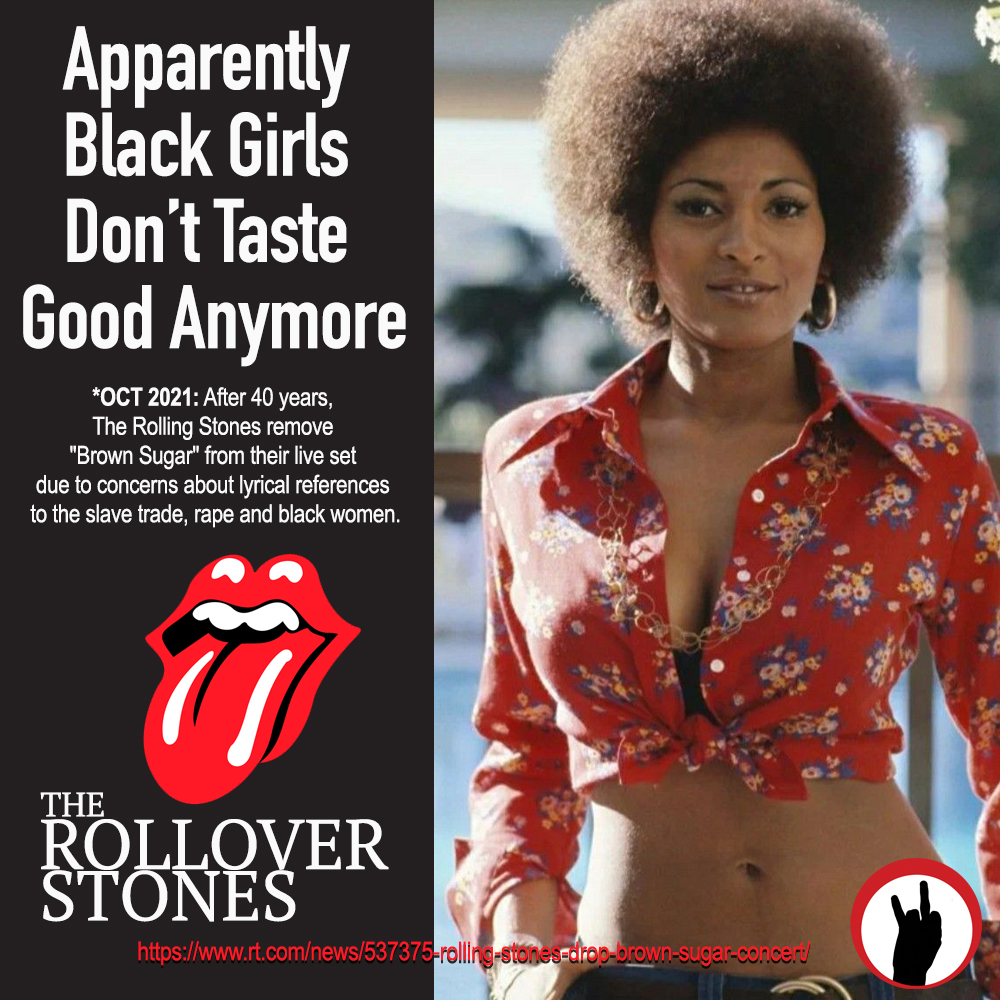 Drums beatin’ cold, English blood runs hot
Lady of the house wonderin’ when it’s gonna stop
House boy knows that he’s doin’ all right
You should have heard him just around midnight 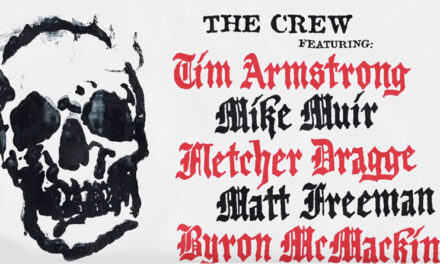 Rancid/Pennywise/Suicidal: The Crew “One Voice” 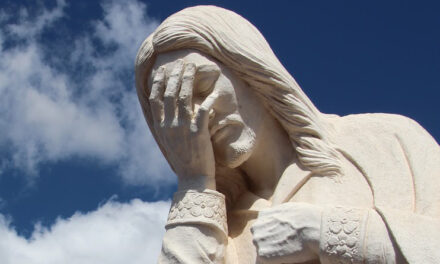 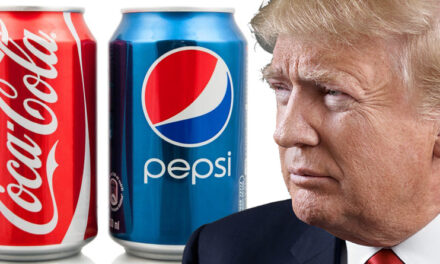 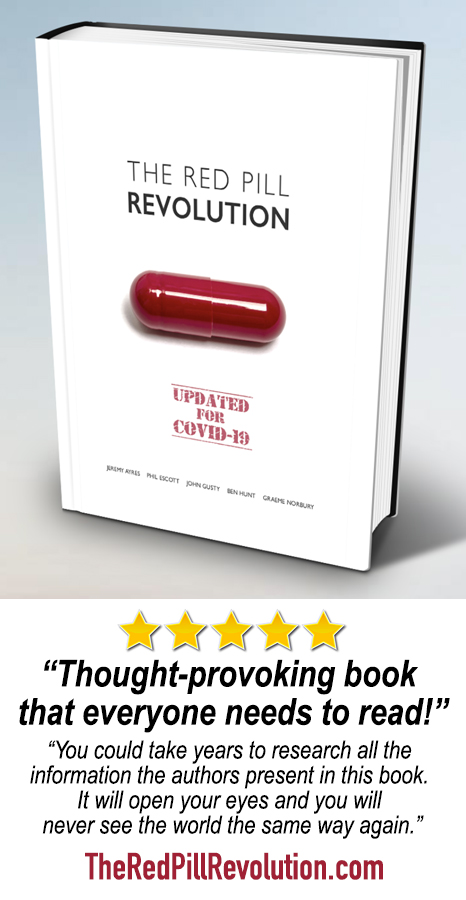